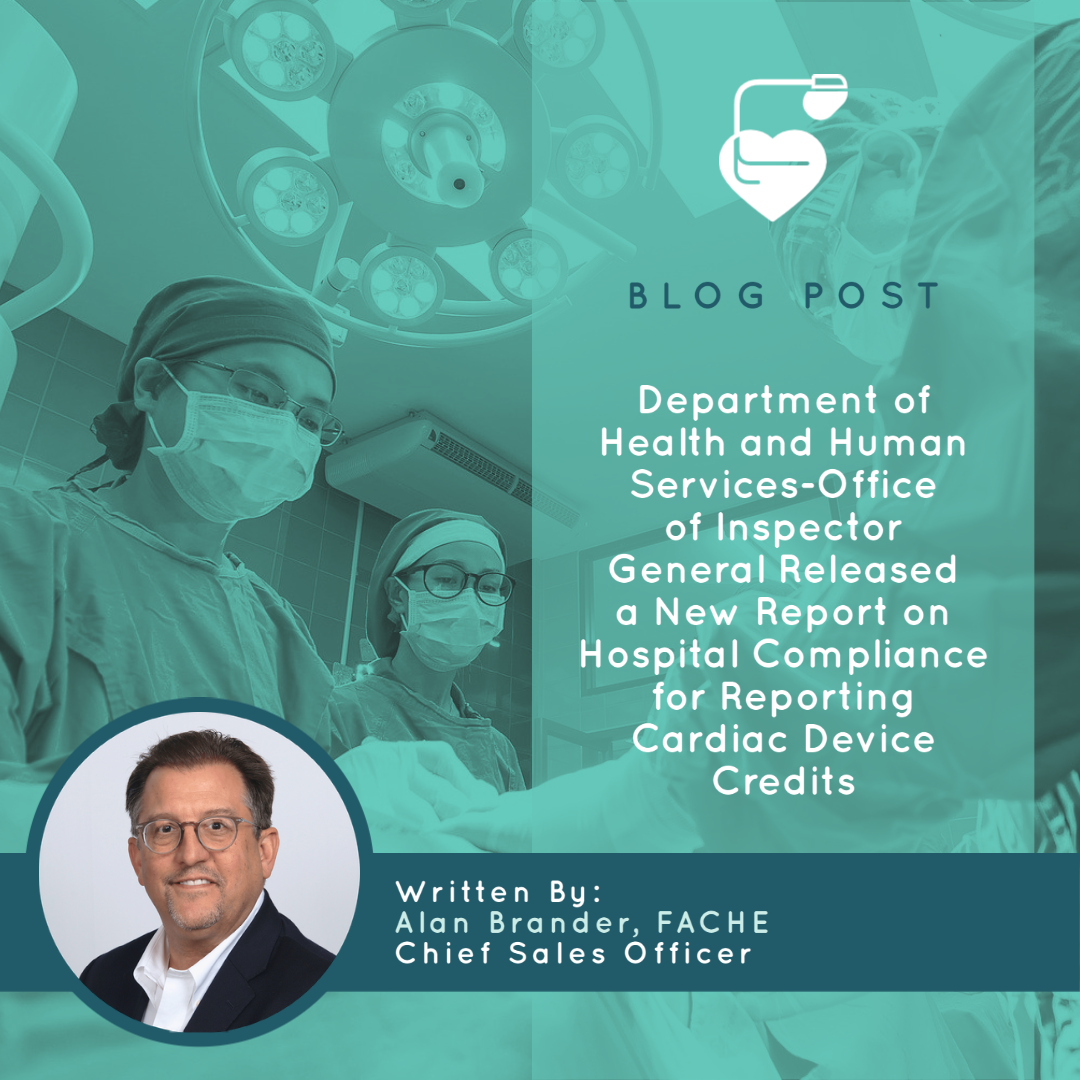 As a follow up to previous audits of hospital compliance with Medicare requirements for reporting cardiac device credits between 2004 and 2016, the OIG conducted a new audit to assess if hospitals had shown improvement. In the primary audit, the OIG found an estimated 1.5 billion dollars in overpayments which revealed a dire need for a subsequent audit.

For this audit, the OIG reviewed a list of warranty credits issued between January 1, 2015 and June 30, 2017 by the top three cardiac device manufactures to Medicare recipients, and matched them against claims submitted by hospitals for cardiac device replacement procedures. OIG reviewed 6,558 claims from 911 hospitals and determined that 3,233 of these claims or nearly half (49.2%) of them were not correctly reported. This resulted in overpayments of $33 million. This was not the only troubling discovery other key results included: 754 of those Medicare claims at 405 hospitals were issued as ‘reportable warranty credits’ by the manufacture at least 10 days prior to them submitting the original claim. In addition, the report found that 817 hospitals were issued 2,643 ‘reportable warranty credits’  (81 percent) within 90 days of the replacement procedure.

The bottom line revealed that hospitals are not taking the appropriate action to identify potential overpayments. The report clearly shows that the audited hospitals did not have adequate internal controls and procedures in place to correctly report on the initial or subsequent resubmitted claims of the manufactures warranty credits they received. Hospitals did not have adequate internal controls for tracking and reporting overpayments. The underlying causes are summarized more thoroughly below:

Despite CMS making significant efforts to educate hospitals regarding requirements for reporting manufacture warranty credits, most hospitals are not correctly returning overpayments. The OIG report gives several recommendations on how to improve compliance, but for now CMS continues to rely on hospitals to report overpayments and using onsite audits to assess compliance.