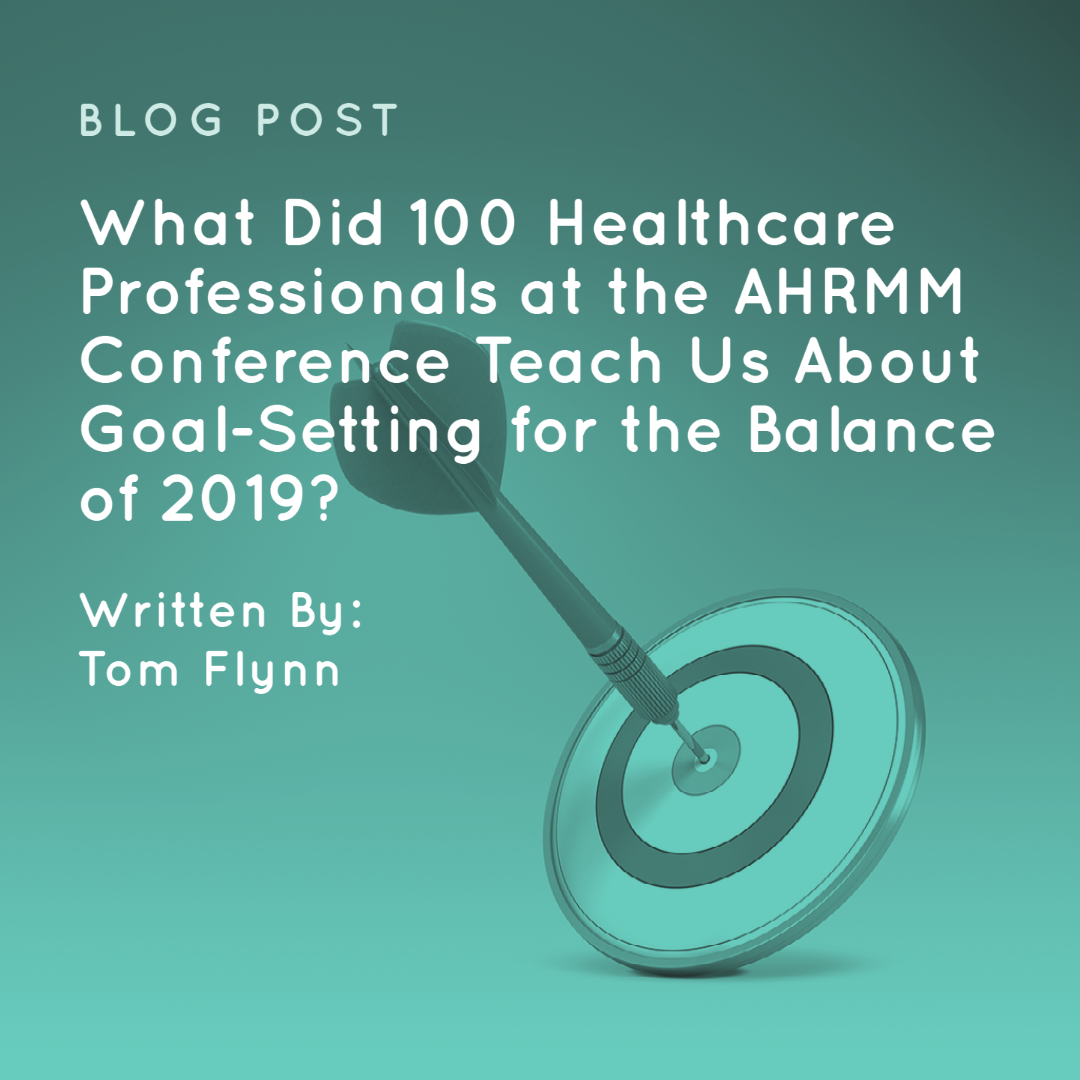 Earlier this month we piled 5 of our most prized employees into a booth at the The Association for Health Care Resource & Materials Management (AHRMM) conference in San Diego, California.  We had so much fun that it hardly even felt like work!!  It was very hard to leave after four straight days of 80-degree weather without a cloud in the sky.  But even more impressive than the idyllic Southern California climate was the superb show and hospitality from the AHRMM association.  We felt the quality of the event, the venue, and the accommodations were all top notch. We’re already excited about attending next year.

The show curriculum was stellar; the only problem was that there were too many great options and the packed schedule forced me to, at times, pick one session over another when I would have preferred to attend both.  A topic of particular interest was the growing discussion about Cost, Quality and Outcome.  Or “CQO” for the initiated.   This is not a new concept, but the dialogue around this discussion seemed to hit a new gear at this show. I was particularly appreciative of AHRMM president Bob Taylor’s opening speech about “CQO.”  In short, the focus on cost and quality are not new, but the honest discipline of ensuring “outcome” is just an awesome discussion.

There were too many great topics and we will try to cover them in some forthcoming blogs, but for now we wanted to talk about an interesting bit of insight we were able to glean outside of the show’s scheduled sessions and from the attendees themselves.

We took part in the “Passport” promotion where attendees were asked to stop by a handful of select booths and answer a spotlight question so that they could receive a stamp in pursuit of a very cool prize.  We set up our booth so attendees would have to answer a question top priorities or initiatives for the remainder of 2019.  The results were revealing to say the least.

In total, we probably spoke to about 100 people on the topic. We heard a wide range of initiatives and priorities.  I’ll share some of the most common responses below:

For the balance of the year, some of the AHRMM conference attendees are managing through personnel-type issues, such as: department re-orgs, management changes.  We heard a little bit of that.  There wasn’t much of it, but it was interesting how emotional that topic always seemed to be as compared to some of the other topics.  As much as we are all representing big healthcare systems, at the end of the day we are all just people.

Some of the attendees were also dealing with software changes.  And by that, I mean, upgrades and installations of different systems.  My heart when out to two different companies that were BOTH scheduled to go live on the same ERP in the next year.  They were both super stressed and unsure of how they were going to find the time. That said, I was thrilled that they could make the connection to each other and they exchanged information and promised to help each other through the process.  Ideally, that is how these shows are supposed to work!

Some of the show attendees are also dealing with either a merger or a divestiture.  I was surprised to hear that came up a lot and it was a source of a lot of anxiety for the departments that are going through it.

A few of the attendees mentioned that they are trying to increase spend through their GPO.  I expected to hear more of that, but it was only an area of concern for a few.

One attendee told me, among many things, she was trying to source larger gowns for patients.  I don’t why, but the show was two weeks ago and that one really stuck with me.

But… without a doubt… the one initiative that we all heard time and time again was “Cost Savings,” “Cost Containment,” “Cost Cutting,” or words to that effect.  The most interesting way that somebody said it was that they were trying to “put an end to all the financial waste!”  He was very funny and dramatic.

Of the 100 people we spoke to, at least 80 of them had “costs” somewhere in their answer.  I’m not sure I have the perfect conclusion for why everyone almost universally called out “costs” when we discussed their year-end initiatives and priority, but I am convinced this is the hot button issue…

So I ask you…  Is it that obvious?  Is cost containment ALWAYS at the top of the list and all the other initiatives just sort of orbit around it and fall into line based on resource availability or some other factor?  I work closely with a co-worker at SpendMend that spent 20-years of his career running an O.R. and he said he wasn’t surprised at all by our survey results.  He said, if you would have asked him this question 20 years ago, he would have either said inventory management or controlling costs.  So, I guess it’s been this way for a while.

At any rate, I found the promotion to be enlightening and it helped us meet a ton of really interesting people.  (Just like the AHRMM show itself) I should also add that we did NOT approach this promotion as a sales vehicle, at all.  We just wanted to meet people, talk about their environment, and get a feel for their priorities.  It was a good bit of research for us and we are planning to put it into a more formal report in partnership with one of our GPO partners.

But…  if this resonates with you, I should at least add that our entire solution suite is geared toward assessing and correcting financial leakage in healthcare.  We’ve done it for 25 years and we’ve worked with over 250 or the nation’s top 400 health systems. If you are also one of the people who would identify “cost containment” as a near or long-term goal…  please consider letting us help you assess your environment.  This is a topic we are passionate about and over the last two decades we have seen so many environments that even if you never work with us you can always learn from our insights an assessments.  We’d always love to partner with you on a project like that.