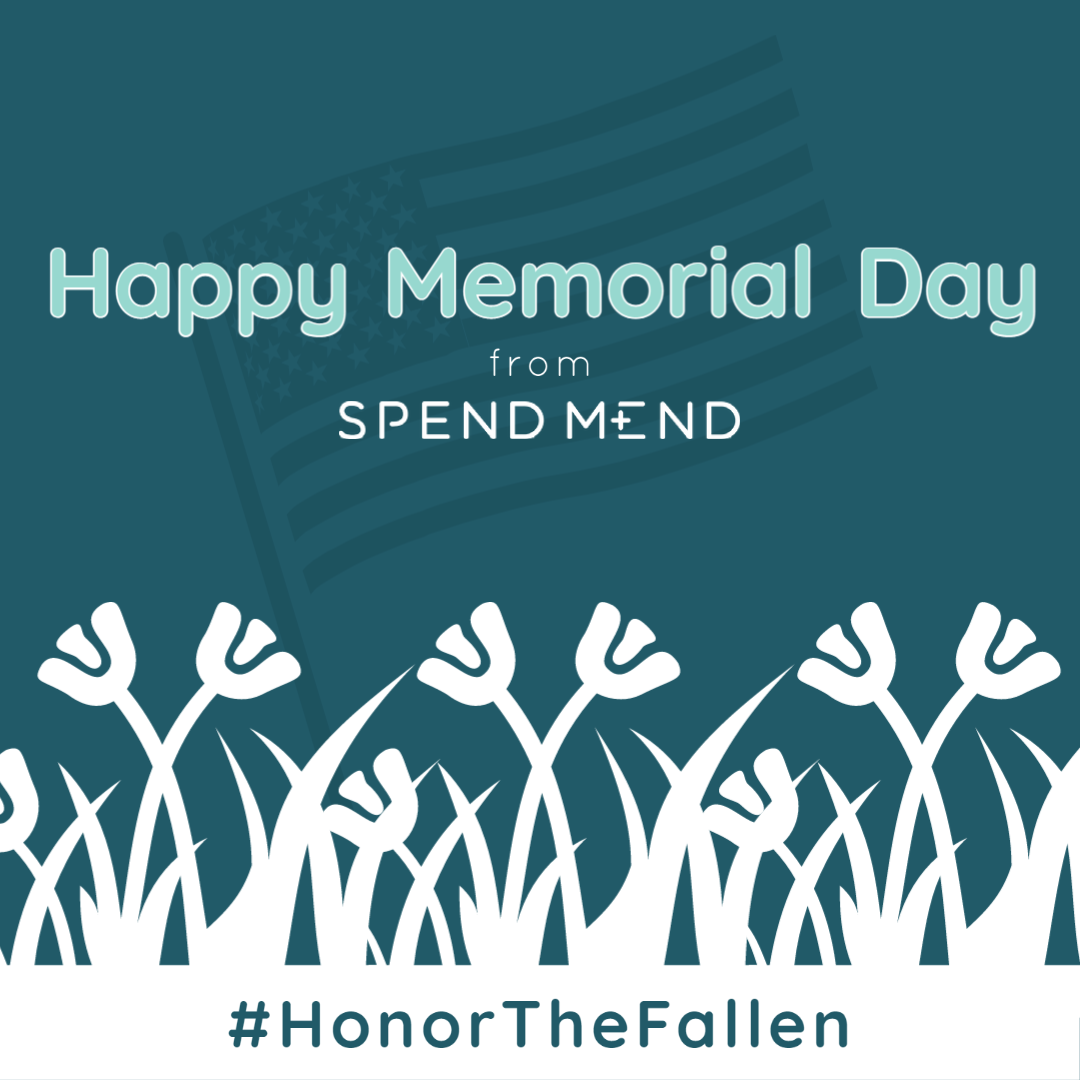 Memorial Day is the most poignant and bittersweet holidays in the United States. It’s the day dedicated to the fallen. Those who paid the ultimate sacrifice so the rest of us can enjoy the privilege and responsibility of freedom.
Often seen as the official start of summer, many cities and families mark this day with parades, parties, and family gatherings.

Freedom isn’t free and at SpendMend we honor and give thanks to the nearly 700,000 that gave the ultimate sacrifice. We also honor the families left behind. They know the price of freedom more than most.

The Poppy is known as the Flower of Remembrance. The beautiful Poppy came to represent the fallen based on a poem written by John McCrae. He was a Doctor and soldier that served in World War 1 and he wrote the poem after the death of a close friend following that particularity brutal Battle in Belgium’s Ypres salient.

In Flander’s Field – John McCrae
In Flanders fields the poppies blow
Between the crosses, row on row,
That mark our place; and in the sky
The larks, still bravely singing, fly
Scarce heard amid the guns below.


We are the Dead. Short days ago
We lived, felt dawn, saw sunset glow,
Loved and were loved, and now we lie,
In Flanders fields.

Take up our quarrel with the foe:
To you from failing hands we throw
The torch; be yours to hold it high.
If ye break faith with us who die
We shall not sleep, though poppies grow
In Flanders fields.

“We don’t know them all, but we owe them all.” We remember them this Memorial Day.