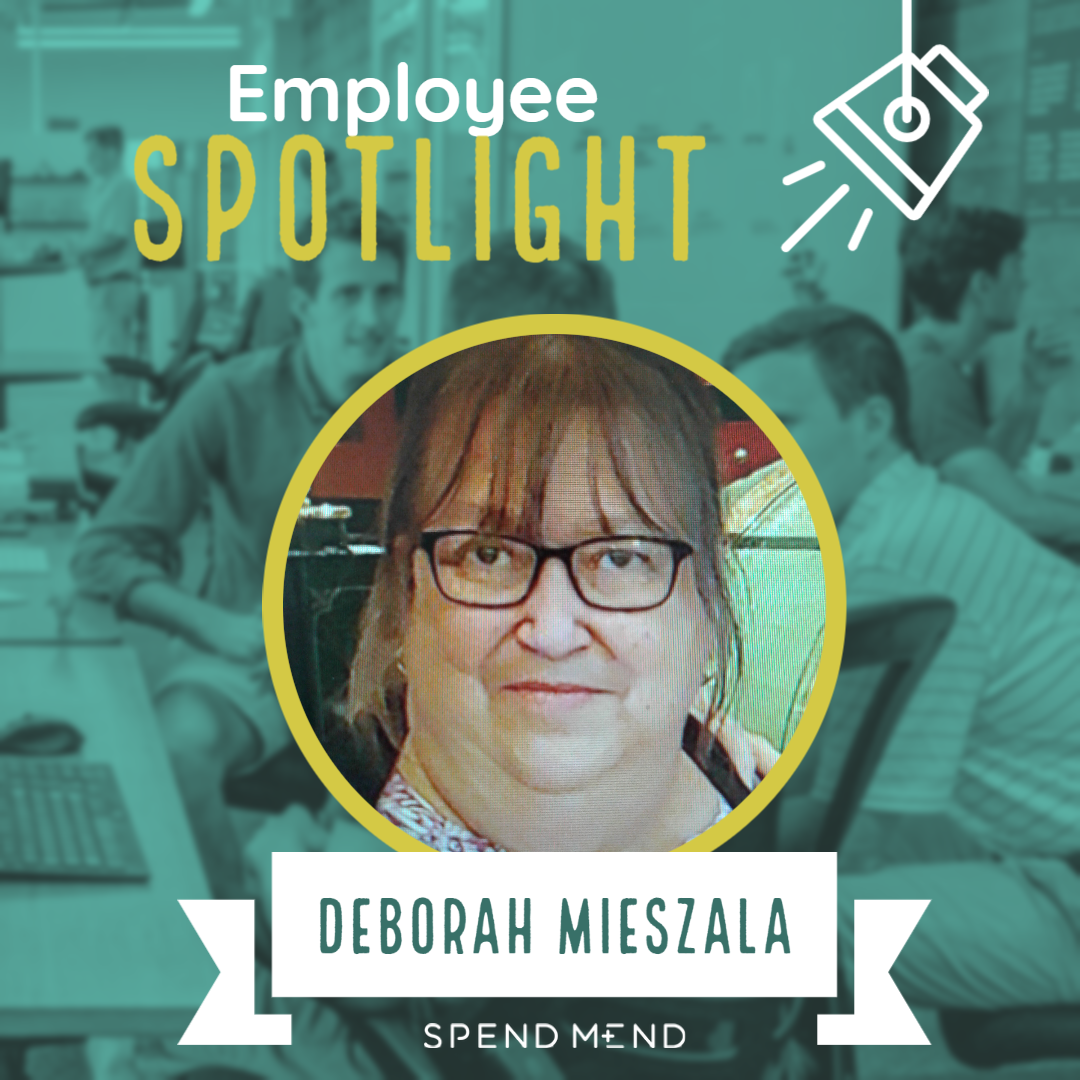 Hello everyone! To start this fantastic weekend, we wanted to bring you another edition of the Employee Spotlight Series! Our focus this week is on Deborah Mieszala! Debbie is a Tax Auditor and has been a part of the team for four and a half years. During this interview, Debbie expressed her appreciation and gratitude for the support of her friends, family, and the SpendMend Team. She dedicates her strength and willingness to get through the past year – to them! Debbie States, “I was diagnosed with Stage IV Breast Cancer last February…. I’m still going strong; I enjoy working for SpendMend and I’m grateful for it every day.” It was wonderful to learn more about Debbie’s life experiences and passions that motivate her daily! One of Debbie’s favorite ways to spend time is with her family, specifically her nieces and nephews! She adores her four nieces and two nephews and cherishes the time when they were young and they all lived in Chicago. Debbie loves the texts she gets from them on a regular basis and learning about how much they’ve all grown.  A fun fact about Debbie is that she was a Polka dancer and Polka promoter! She learned how to dance the Polka about the same time she learned how to walk. Debbie’s older brother had a Polka band for 30 years, and he was one of the founding members of the United Polka Assn. For eight years, Debbie was a part of the planning team for the United Polka Assn. and had the opportunity to hear the best Polka bands in the country. Make sure to check out the full interview below to learn more about Debbie’s favorite Polka memories! Another fun fact about Debbie is that she used to plan bank receptions at the American Banker Assn conventions. One of Debbie’s first jobs was at a bank, where she worked for the department tasked with planning the annual bank reception. This was her first-time planning anything, so it came with some first-time challenges and nerves! One was the selection of hors d’oeuvres and beverages – she wasn’t even only enough to drink yet! However, with hard work and dedication she was able to overcome all challenges, and her department put on a pleasing reception. Debbie was even recognized for her job well done! Well, if we need any help planning an event in the future, we know who to call!

Debbie does a fantastic job at SpendMend and always thinks of her team! Scott Hale, Sales & Use Tax Manager, said, “Debbie is an extremely valued member of the SpendMend Tax Team.  I joined the team in September and Debbie not only kept all her assigned tasks moving forward during my transition, but also went above and beyond to help me get up to speed with our client projects.  I have really enjoyed the opportunity I’ve had to work with Debbie over the past couple of months and look forward to our continued partnership and success as we continue to work together in the future.” We are so thankful to have people like Debbie a part of the SpendMend Team! Thank you, Debbie! We appreciate you.

What is your role at SpendMend?

How long have you been with SpendMend?

How did you first learn about SpendMend?

I was introduced to SpendMend by former employee, Elizabeth Perez-Gonzalez.

What 3 words would you use to describe SpendMend?

Why do you look forward to coming to work?

I enjoy the work that I do and as I work remotely the flexibility in being able to get the job done.

Before working at SpendMend, what was the most unusual or interesting job you’ve ever had?

I planned bank receptions at the American Banker Assn conventions, as well as planned conventions for the United Polka Assn.

How did you get into planning bank receptions?

One of the first jobs I held was as an Admin at a bank.  The department I worked for was tasked with planning the annual bank reception at the American Bankers Assn convention which became my responsibility.  I had never planned anything, making this a challenge.

What were you most proud of when you planned the American Banker Assn conventions?

The reception was well received, and upper management of the bank were pleased.  After the event, I was called into the Sr. V.P.’s office where I was thanked and given a bonus for a job well done.

What was the most challenging thing about planning these events?

The first reception I planned was in Hawaii, unfortunately I couldn’t go so it was all done by phone.  The internet wasn’t born yet.  I was able to follow the predecessors lead, however, when it came to the selection of hors d’oeuvres and beverages, I had no clue, I wasn’t even old enough to drink. I was fortunate as my younger brother worked for that hotel chain and was able to put me in contact with the right individuals who helped along the way.

What is one fun fact about you?

I was a Polka dancer and Polka promoter.

When did you start polka dancing and how did you get started?

I can’t remember a time when Polka music was not a part of my life.  My father, and two brothers were musicians.  My older brother had a Polka band for 30 years – My younger brother still plays when he has the opportunity.  I learned how to dance the Polka about the same time I learned how to walk. When the United Polka Assn was formed my older brother was one of its founding members.  He volunteered my help along with my younger brothers to assist with the convention.  Once it was known I had planned events in the past I became instrumental in becoming a part of the planning team.

What did you enjoy about being a polka promoter?

One of my fondest memories was attending a UPA meeting with a couple of friends a week before the convention.  One of my friends coordinated the Queen Pageants held at the convention. She was one short contestant and talked me into running to fill the space.  So that year, in addition to running the convention, my sister’s 40th surprise birthday party (which I also co-planned) I ran for Polka Queen wearing a rented gown from the local Halloween shop.  I won.  Totally unexpected but I’m glad I did, that was the most memorable year of my life, I traveled from coast-to-coast, made appearances on the local polka variety TV show, was invited to speak on several polka radio shows, and invited to numerous dances meeting new people in representing the organization along the way.

What type of music or podcasts do you listen to during the workday?

As I work remote, the TV is on in the background with NCIS franchise reruns.

Do you have any hobbies or participate in any activities outside of work?

Being an Aunt and Great Aunt to my nieces and nephews.

How many nieces and nephews do you have?

I have four nieces and two nephews, all of whom I adore.  I was very much apart of their lives when they were young, and we all lived in Chicago.  They’re all older now, two are married and I have two grand nephews and a grandniece.

One of my favorite memories is, when they were little, I was the auntie who traveled from store to store (no internet yet) looking for that special must-have toy they wanted each Christmas, I can still remember going to K-Mart at 2:00 a.m.  It was worth it.  The memories they gave me last a lifetime.

What is the best part of serving the healthcare market?

Assisting the healthcare providers in savings.

Do you want to shout out a co-worker who has helped or inspired you at SpendMend?

Amanda Foley, Elizabeth Perez-Gonzalez (former manager), Scott Hale have not only been helpful but very supportive.

What advice do you have for prospective candidates who want to join the SpendMend team?

You couldn’t find a better company to be a part of.

What has been your proudest accomplishment at SpendMend?

Through diligence finding savings for the client.

What is something you’re looking forward to for your future at SpendMend?

To continue to do the best possible job I can.